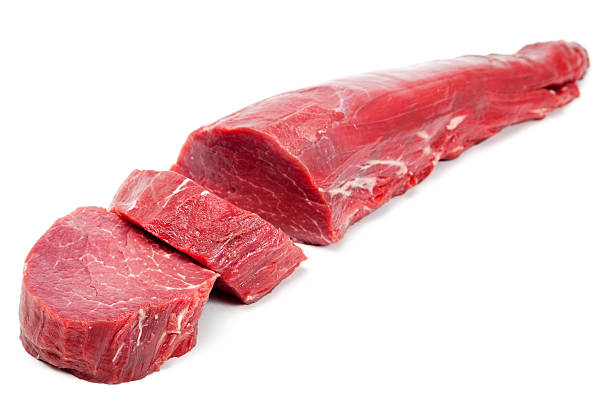 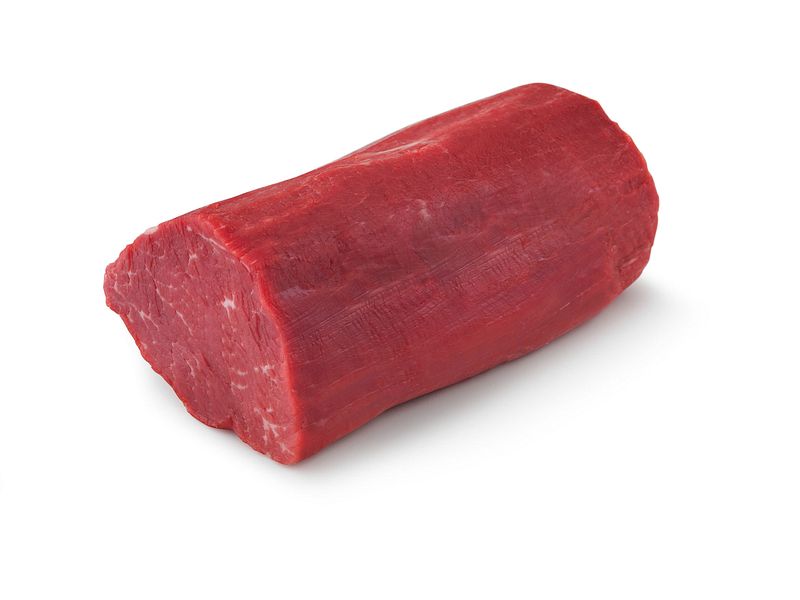 Beef tenderloin, also known as filet mignon, is a cut of meat that comes from the tenderloin muscle of a cow. This muscle is located in the lower back of the animal and is used less frequently than other muscles, making it extremely tender and lean. Because of its delicate texture and mild flavor, beef tenderloin is often considered a luxury cut of meat and is frequently used in high-end restaurants. The Beef Tenderloin is believed to be the most tender of all the cuts. If bought total you can cook it as a repast or cut into Filet Mignon steaks. Our Tenderloin in terms of steak is about as good as it gets. It’s is a long piece of beef that you can use to make a full repast or cut other steaks from, you can rub with your favorite steak spices and repast for several hours. Or, you can cut it into pieces of steak to make sink filet sections that look analogous to filet mignon. Our grass- fed beef come from Argentina means they’re high in Omega 3 and full of vitamins .

The ribeye is one of the most largely prized cuts on the steer – famed for its mix of bold, hefty flavor and excellent tenderheartedness. Ribeye rolls can be roasted whole or as sections, or sliced into boneless ribeye steaks.

Meat from the ribeye needs no sauce to be succulent. It’s frequently served simply seasoned with swab & pepper, though occasionally horseradish cream is served as an incident or aggravations are applied previous to cuisine.

figures are generally included in the specs to designate how important face fat & lower desirable lip meat is included with the cut. These are vended “ 0x0, ” meaning that they ’ve been trimmed down to the stylish part of the ribeye( spinalis on, cap off). They ’re ready to season & repast or slice into top quality ribeye steaks.

When preparing beef tenderloin, it is important to not overcook it as it can become dry and tough. The most common way to prepare beef tenderloin is to grill, broil, or pan-sear it. It can also be wrapped in bacon or pastry and baked. It can be served with a variety of sauces such as bearnaise, hollandaise, or red wine reduction.

Beef tenderloin is often served as a main course at special occasions such as weddings and holidays. It is also a popular cut of meat for home cooks to prepare for a special dinner or a romantic evening. Due to its tender texture and mild flavor, it pairs well with a variety of sides such as roasted vegetables, mashed potatoes, or a salad.